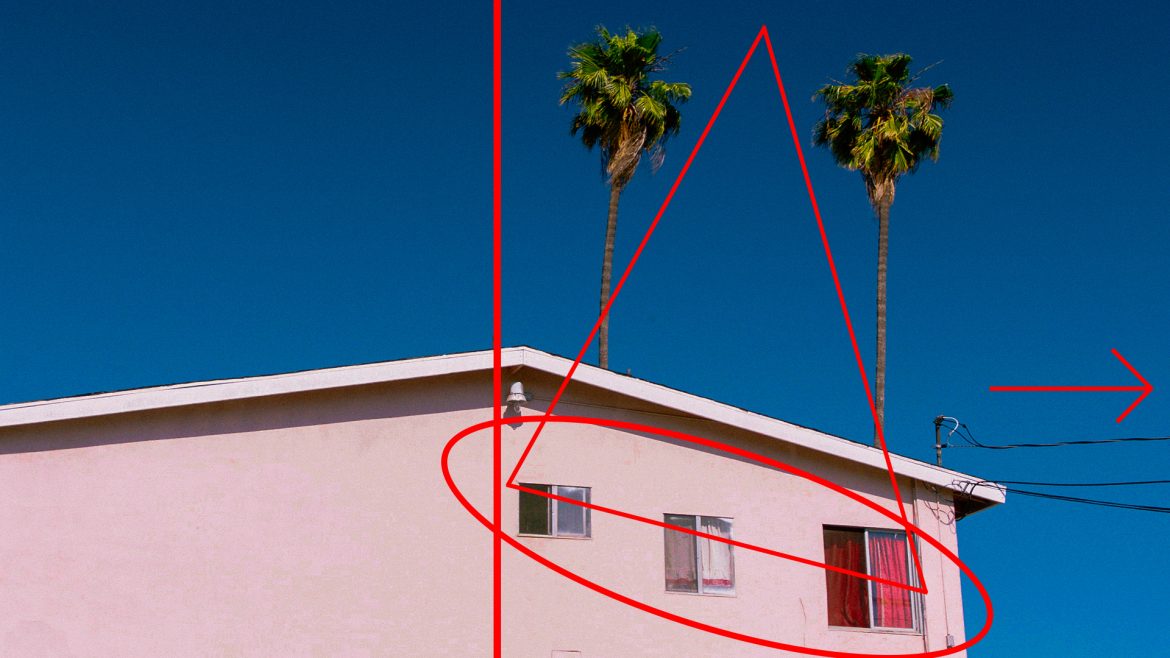 Frequently I am in a position in which I must create an interesting image when the conditions are far from ideal. Most productions don’t have the luxury of only shooting when conditions are perfect, so I feel like this is the time when I really earn my pay. It isn’t too difficult to make a nice image of a beautiful sunset, but shooting sceneics in midday light is where I really have to dig deep and come up with something interesting.
I usually turn towards image composition and attempt to look at something from a unique perspective. Granted, this particular composition isn’t very aggressive, but I was trying to set the tone of a particular neighborhood. The first thing I saw was palm trees in front of a perfectly blue sky, so I slapped on a polarizer to enhance the saturation of the sky. I also liked the contrast of a pink building in front of the blue sky. I wanted to make it clear that we are in a warm weather location.

Then I started to play around with the frame and patterns. In this frame I split it in half with the left side being basically blank and all the action happening on the right side. They say the human eye “reads a photograph” from left to right so I used the wires on the right side of the image to lead the viewer’s eye out of the frame and on to the next one. I really like how the 3 windows are in size order from small to large. Also, 3 is a very powerful number in photography.  We have something called the “rule of thirds” which is a guide for image composition as well as triangular compositions which tend to be pleasing to the eye. I used a triangular composition of sorts between the windows and palm trees.
This isn’t the most incredible image, but I hope that it captures the vibe of the location, tells a bit of a story, and is interesting enough that people keep watching what is to come next in the show