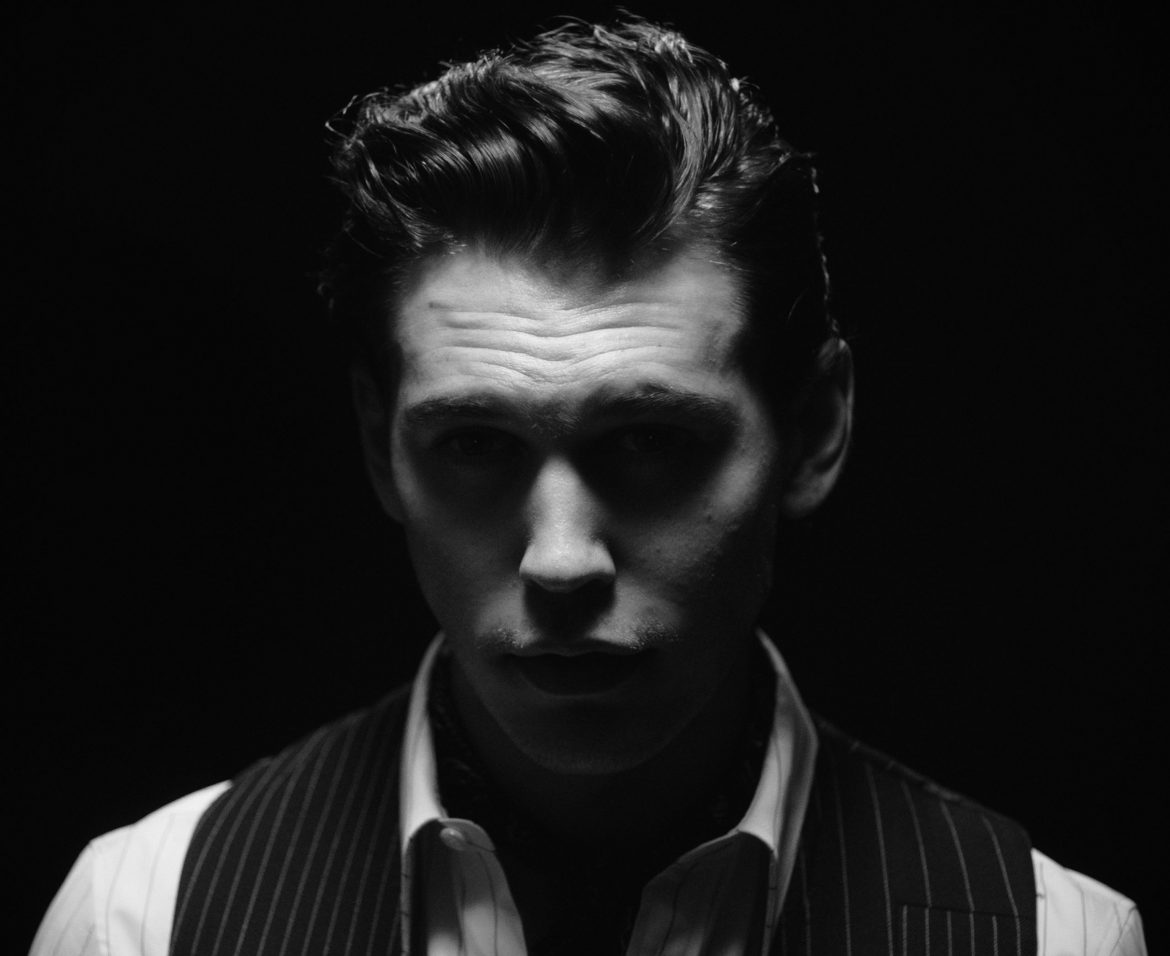 Austin Butler is a rad young actor who plays Tex Watson in Once Upon a Time Hollywood and is currently playing Elvis in Baz Luhrmann’s upcoming Elvis movie that comes out in 2021. I could tell he is really into the Elvis character because he had some serious swagger on our set and was really fun to work with.
Here we did a reveal of Austin. In Photo 1 we have mostly top light, but also a hint of backlight to outline his head and separate it from the background. His face is in shadow so I made sure to keep a kiss of the eye light so he has a sparkle in his eyes.
In Photo 2 all of our lights have come on including our soft key light and a background light that gives a kiss of detail in the backdrop. It was fun to demonstrate the building blocks of the lighting and starting with the key light off helps the viewer see what the other lights are doing in a clearer and more dramatic way. Starting with the key light then adding the other lights would have been more subtle and not as fun. The camera is an @Arri Alexa Mini with 50mm @CookeOptics Panchro/i Classic at T2.2.
This frame is from a film I shot about portrait photography and Vanity Fair’s Hollywood issue. It is now playing at The Annenberg Space for Photography in Los Angeles, CA as part of the Vanity Fair: Hollywood Calling exhibit. It is running now through July 26th. The Annenberg Space for Photography is located at 2000 Avenue of the Stars, Los Angeles, CA 90067. If you get a chance to see the exhibit, please let me know. More images to come.