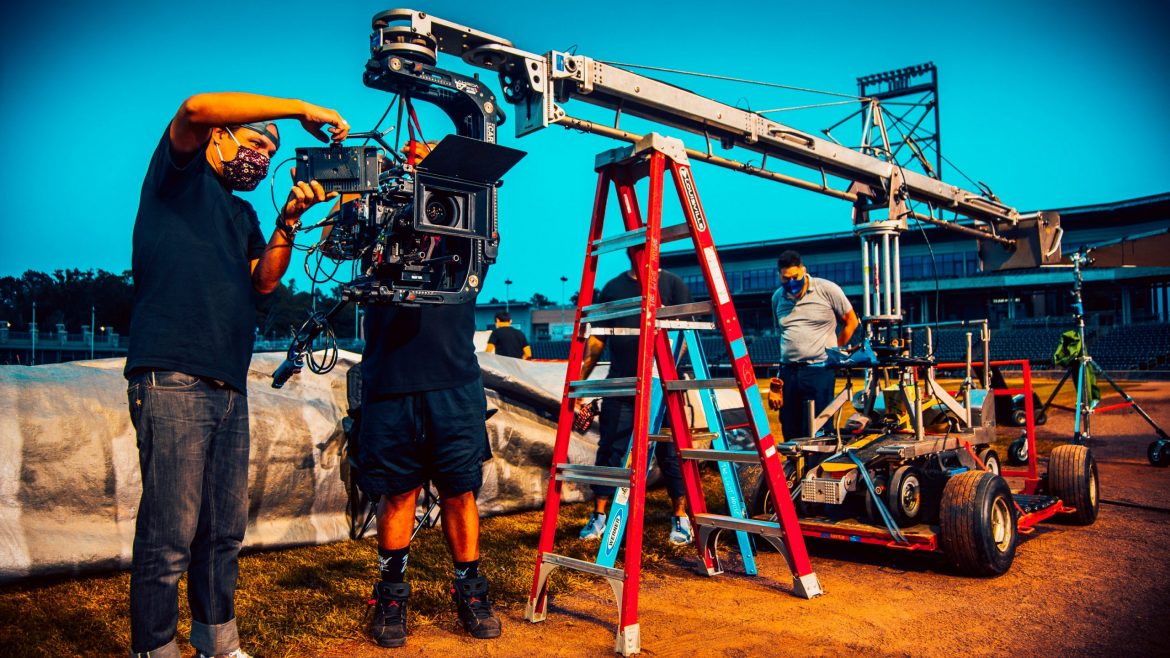 I had the pleasure of shooting the opening for the NLDS on the MLB Network again. This year’s concept was really cool. Due to COVID-19, there are no live audiences at baseball games so cardboard cutouts have been put in the stands to fill in the empty space. Each scene in the spot starts out with a cardboard cutout of a player. The cutout comes to life and we see an actual classic moment happen on a generic field.

A big part of this spot happened on the field itself. In order to move quickly when shooting the field scenes and have maximum flexibility, key grip Ki Hwang placed the @jlfisher_inc 10 dolly on a Western dolly. The larger wheels of the western dolly allowed us to move easily on the grassy field without causing any damage. Great idea Ki.

We put a Fisher 23 jib arm built out to 12’ on the Fisher 10 dolly. This allowed us to adjust camera height very quickly as well as giving us the flexibility for some nice movement. The camera was on a Lamda 2 head which allowed us to get it low to the ground.

Camera was an @arri Alexa Mini shooting at 3.2K and the lenses were @fujinonlenses Cabrio 19-90 and 85-300. The lenses made some nice flares which I will talk about in my next post about the lighting of the spot. Stay tuned!